This is my first  #thingstobethankfulfor.

My daughter is nine, and has been obsessed with Taylor Swift for a few years now. Totally obsessed. Last October when Taylor announced her Red tour, I decided that I would take Anna, and surprise her with tickets for her birthday. This was Anna's first trip to London, and first proper concert. We stayed in the Hilton in Canary Wharf which was really quiet as it was the weekend, and they upgraded us to an executive suite when we mentioned that it was Anna's birthday trip. It was such an amazing weekend! 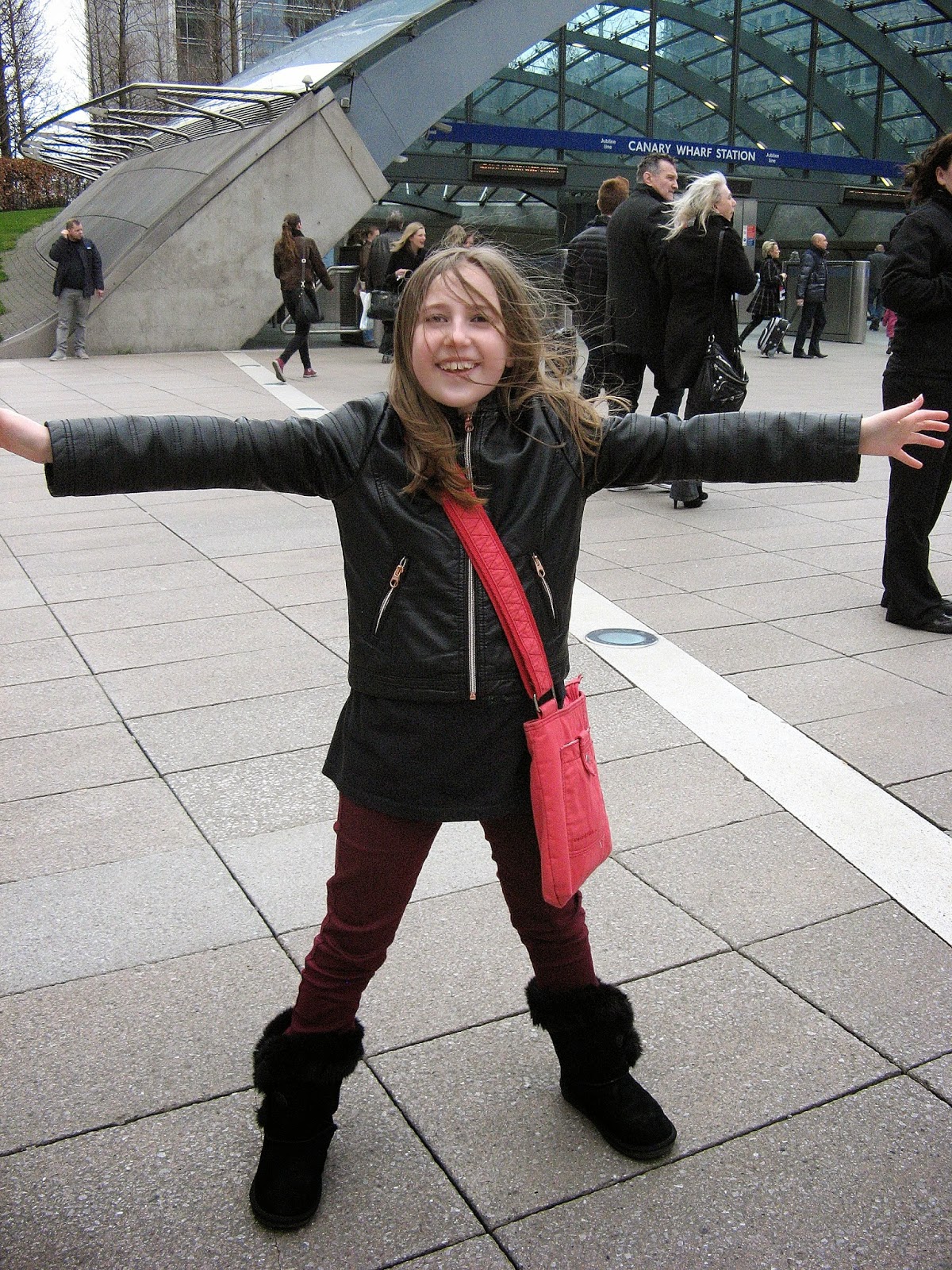 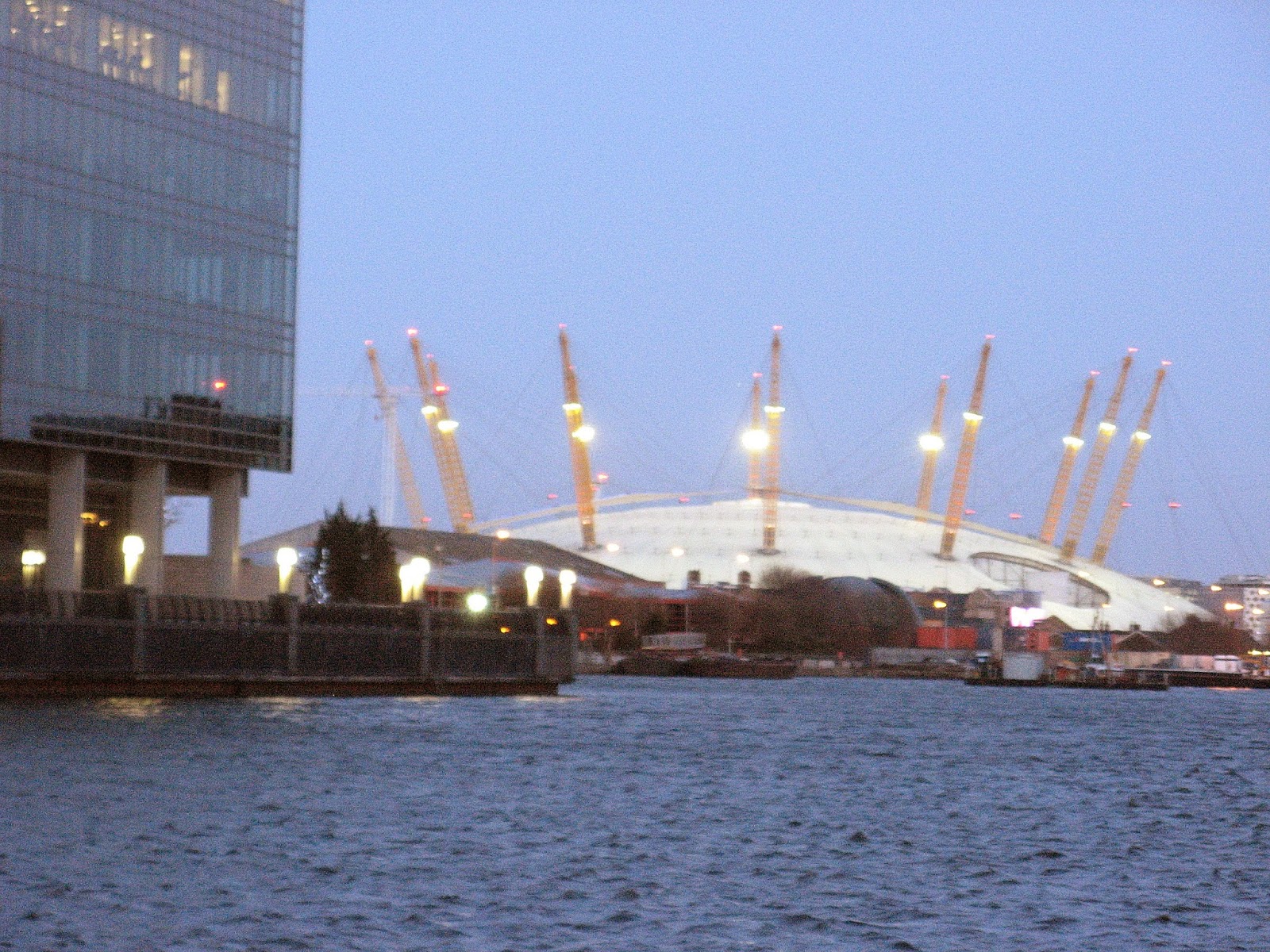 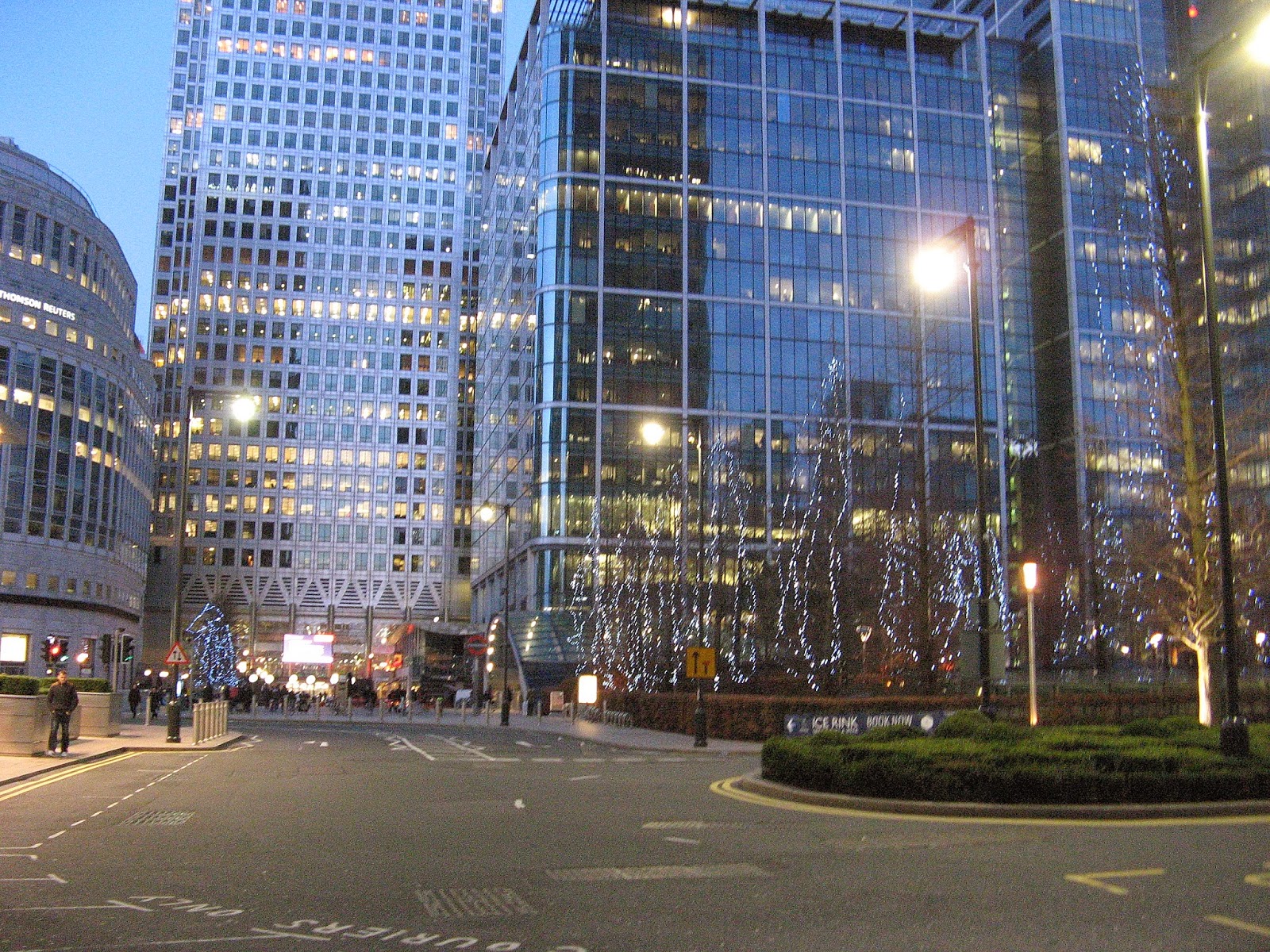 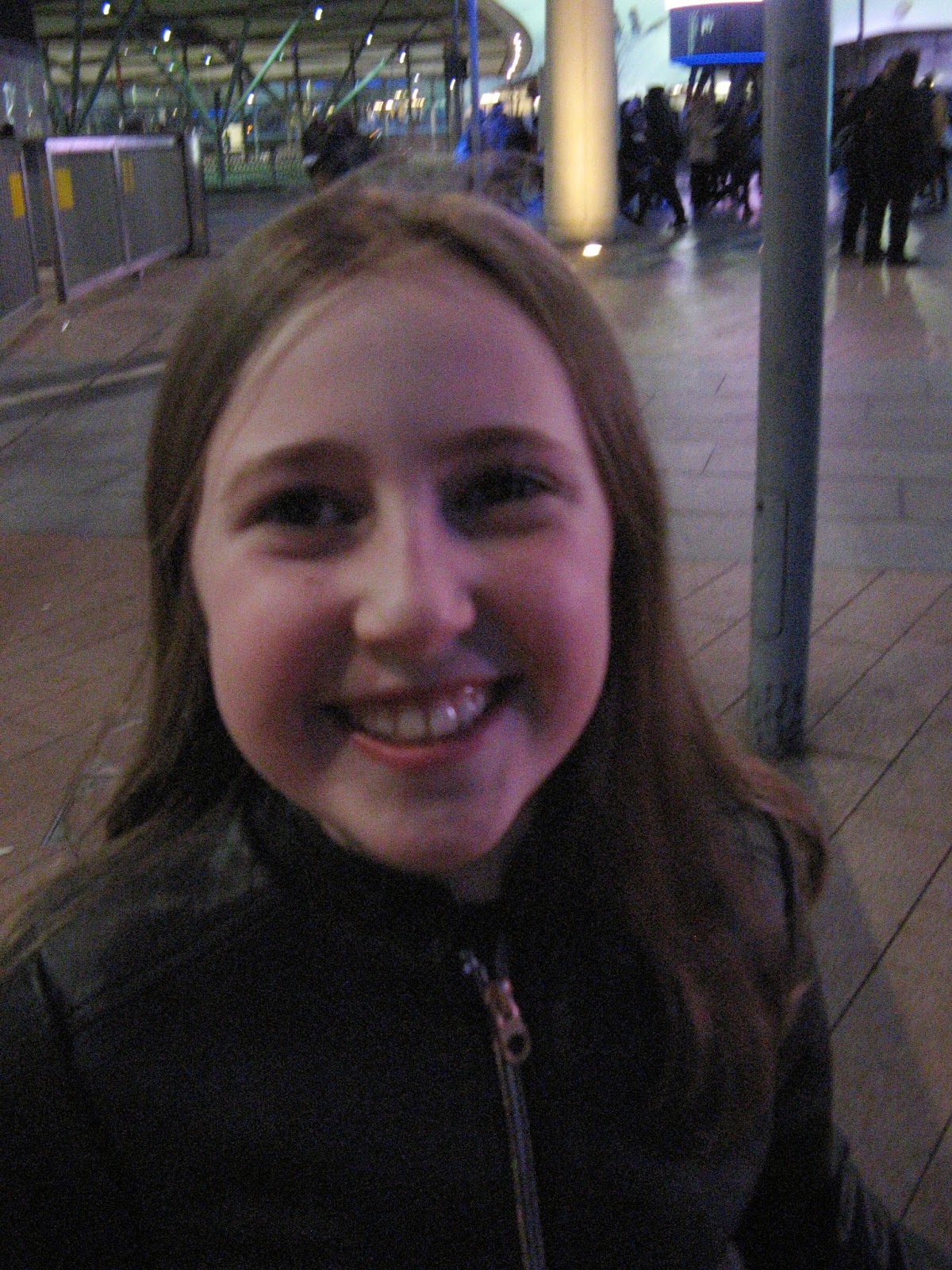 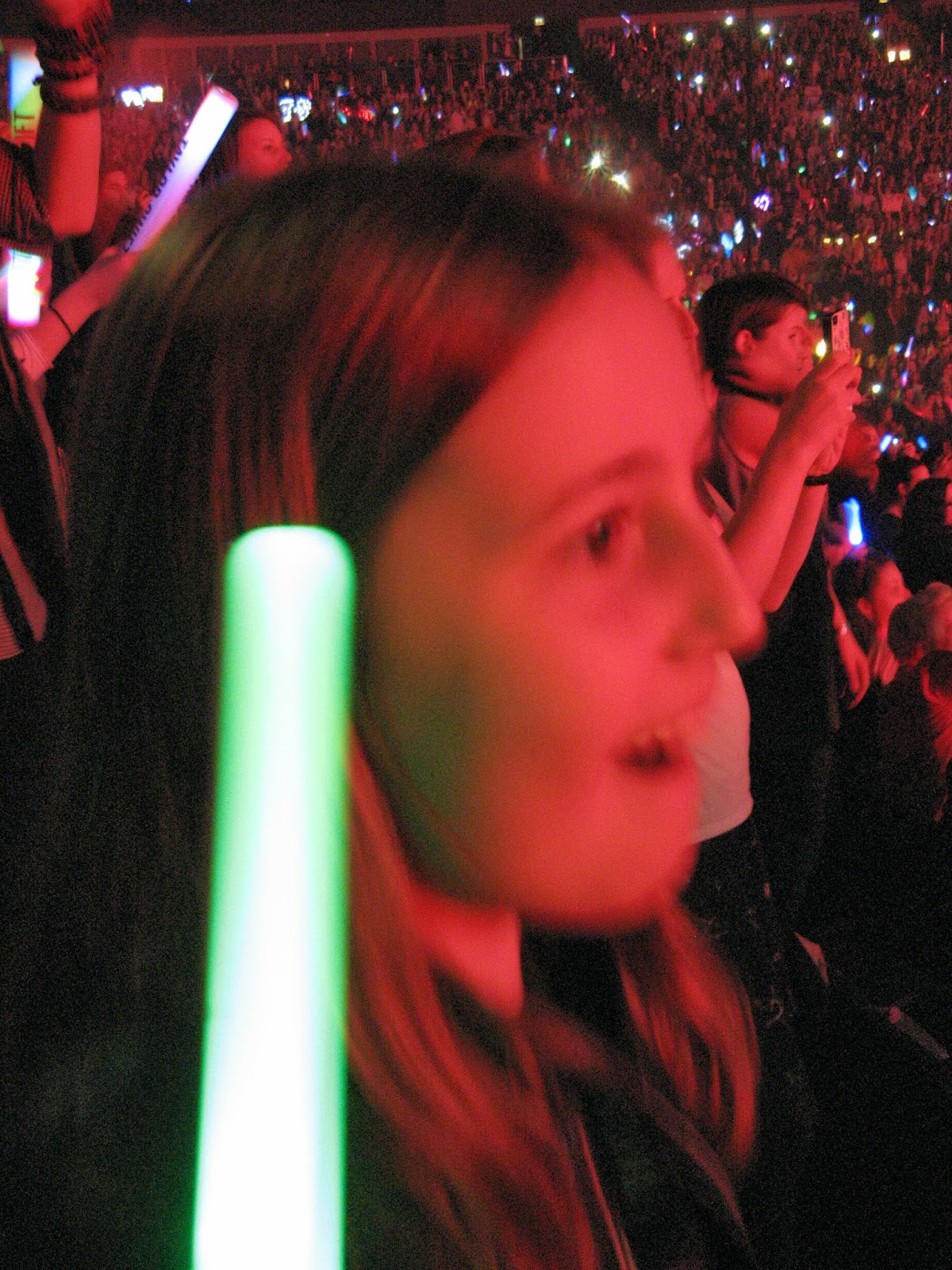 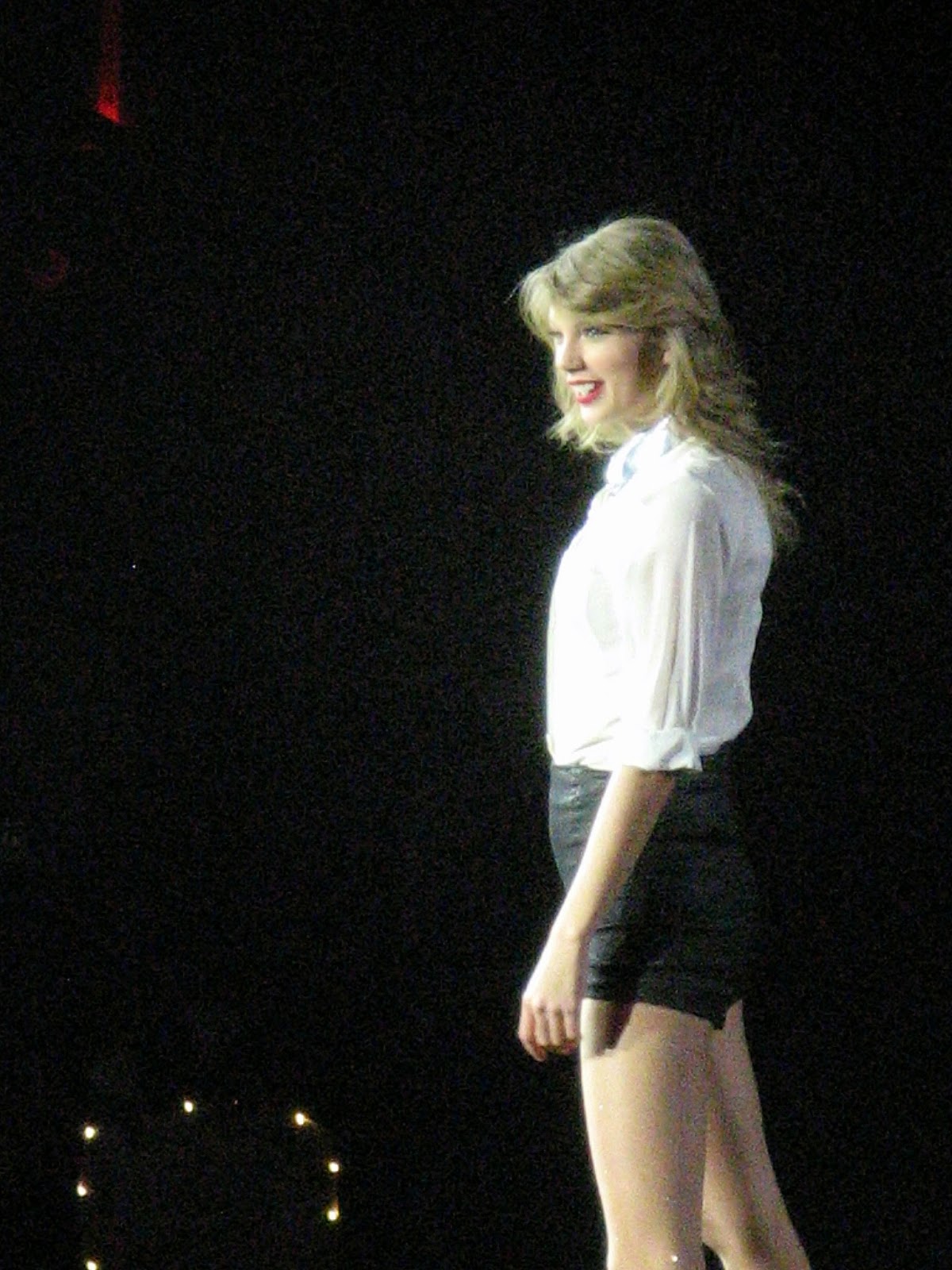 So, the bright stars quilt - this is my first finish of 2014! I was really pleased with how it turned out, it reminds me of a paint palet. 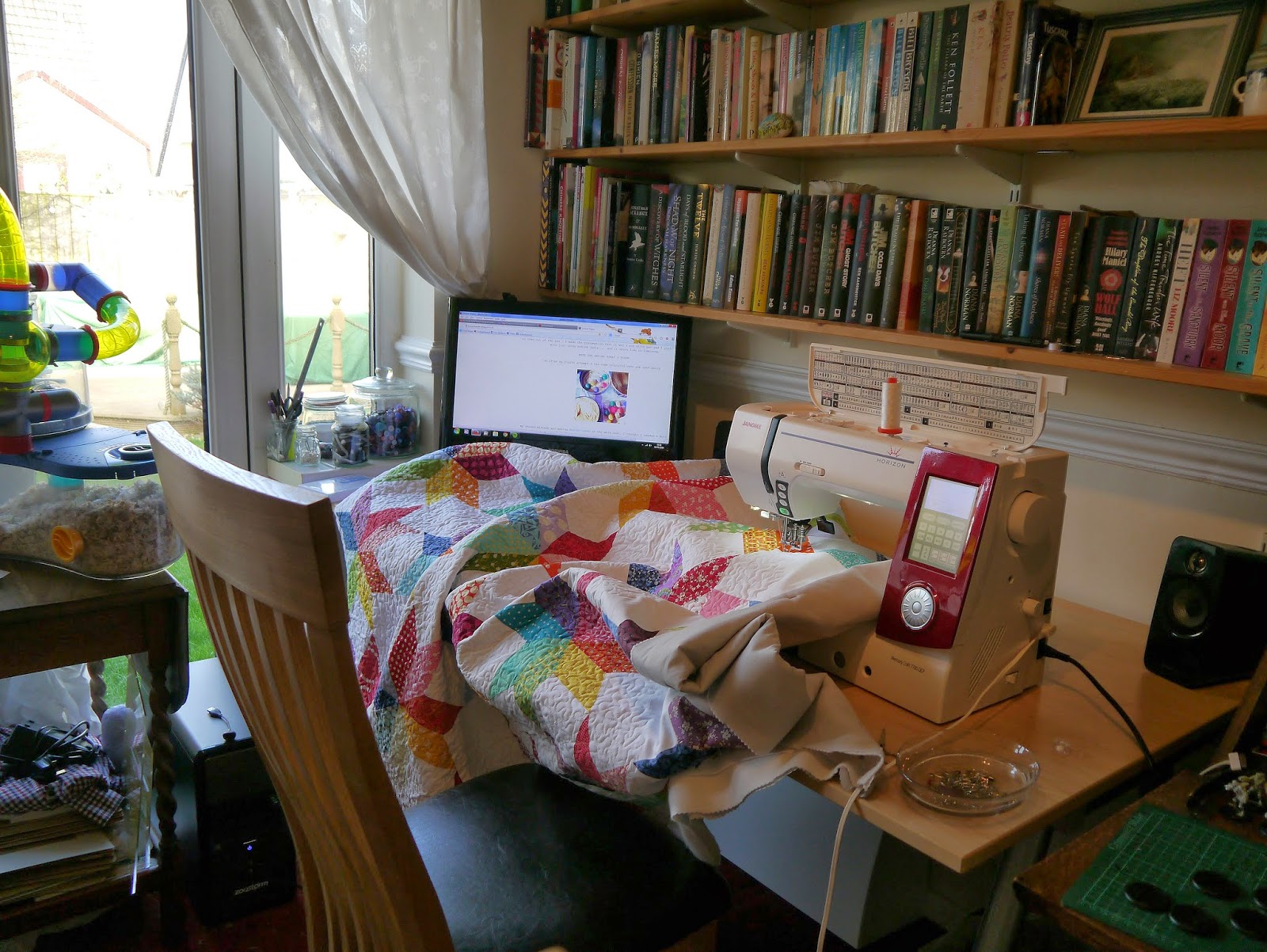 This quilting came together really fast, I just used an all over stipple - I am determined to try a different style for my next quilt! 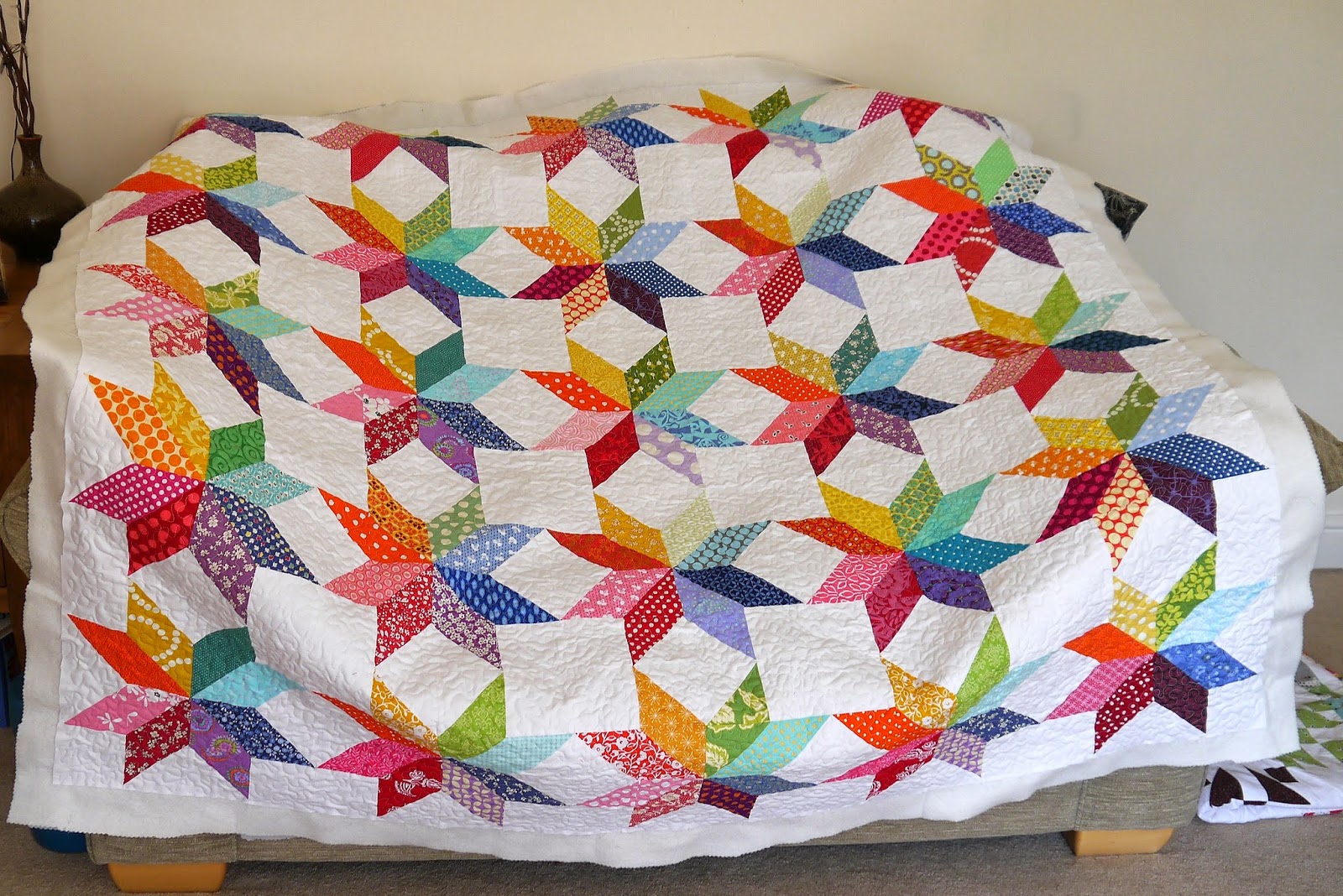 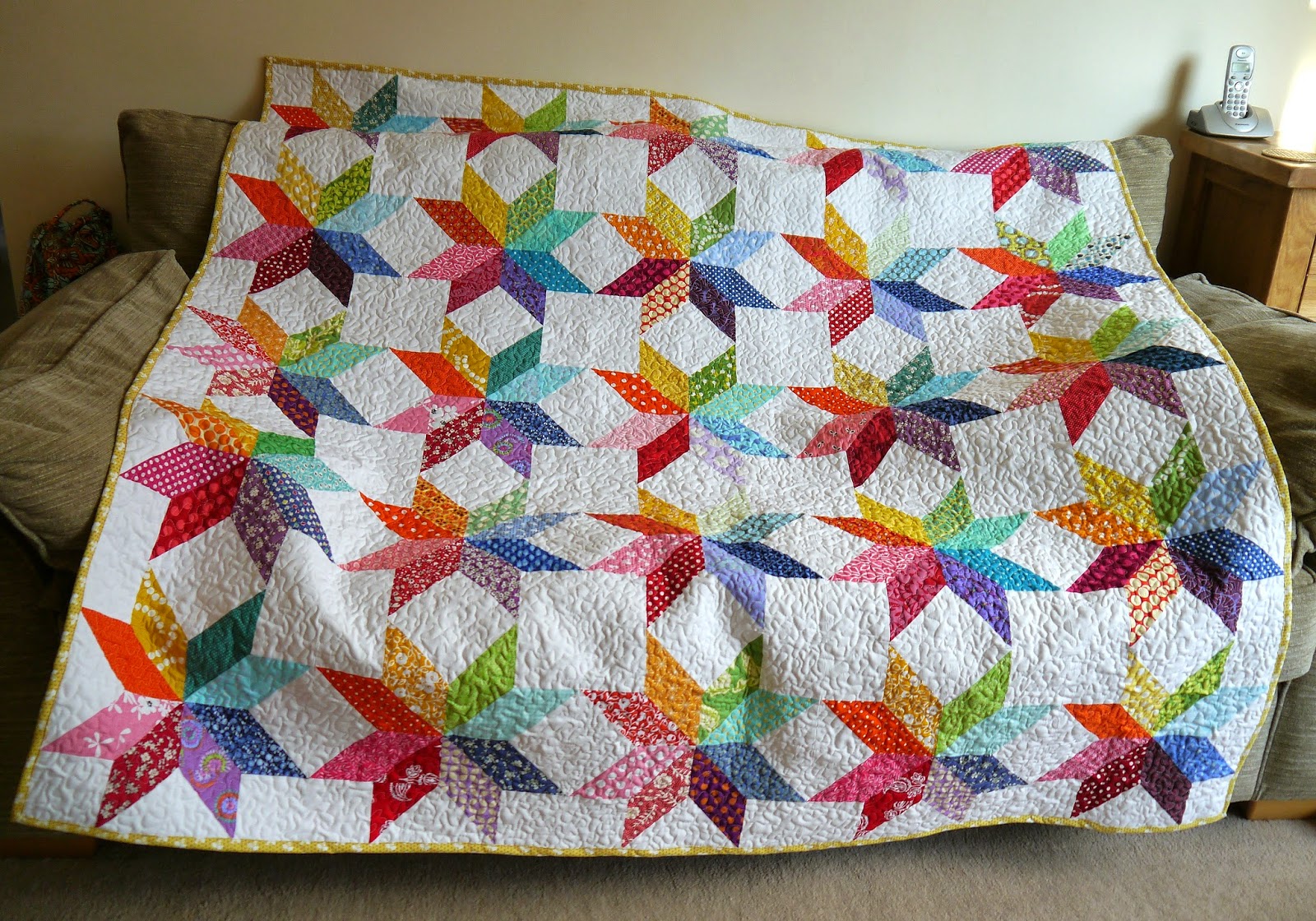 I really couldn't decide what colour to bind it with, so went for a yellow. It's bright, but doesn't detract from the overall quilt. 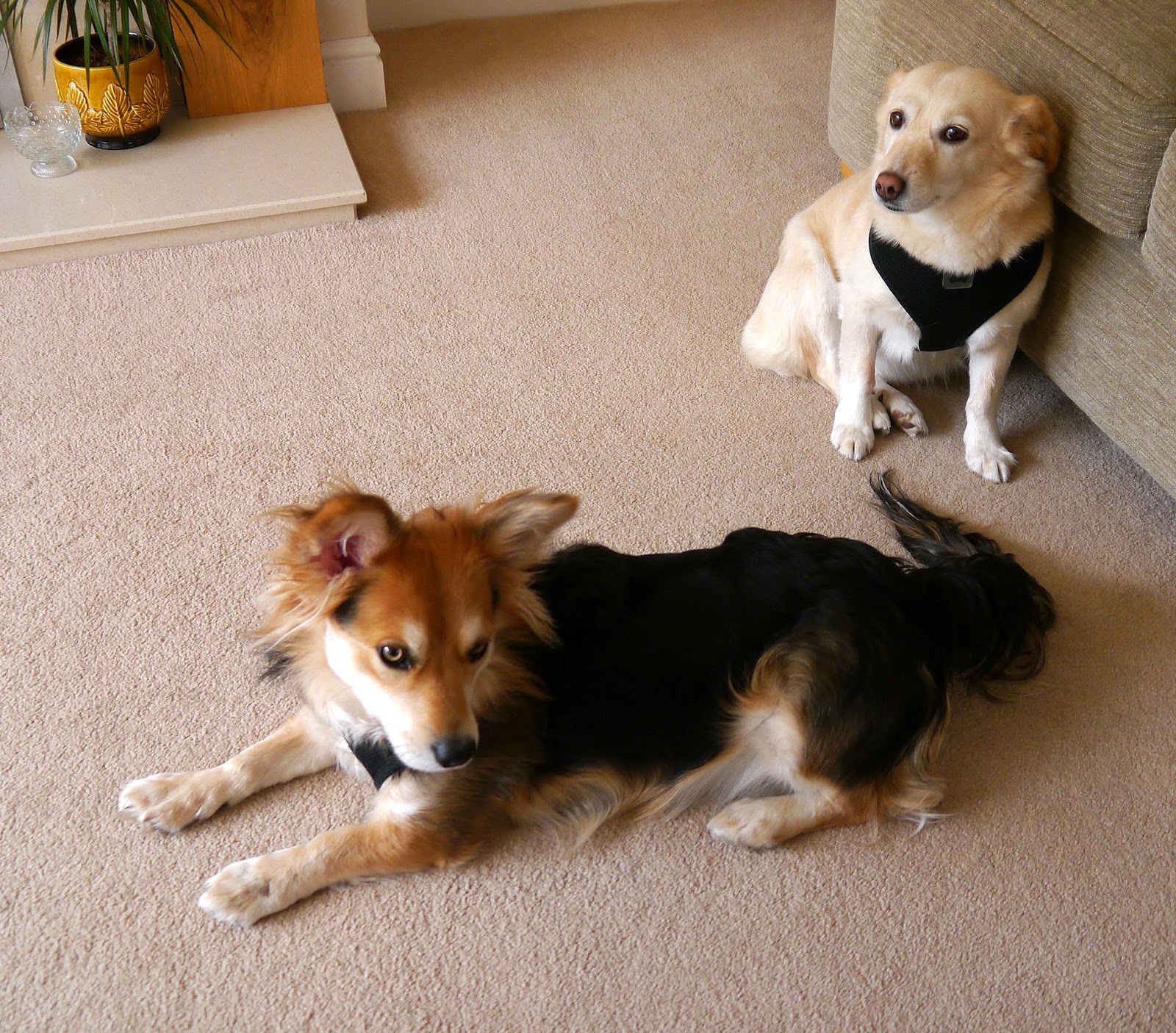 I took some shots of the quilt on the floor, behind me these two lurked and then.... 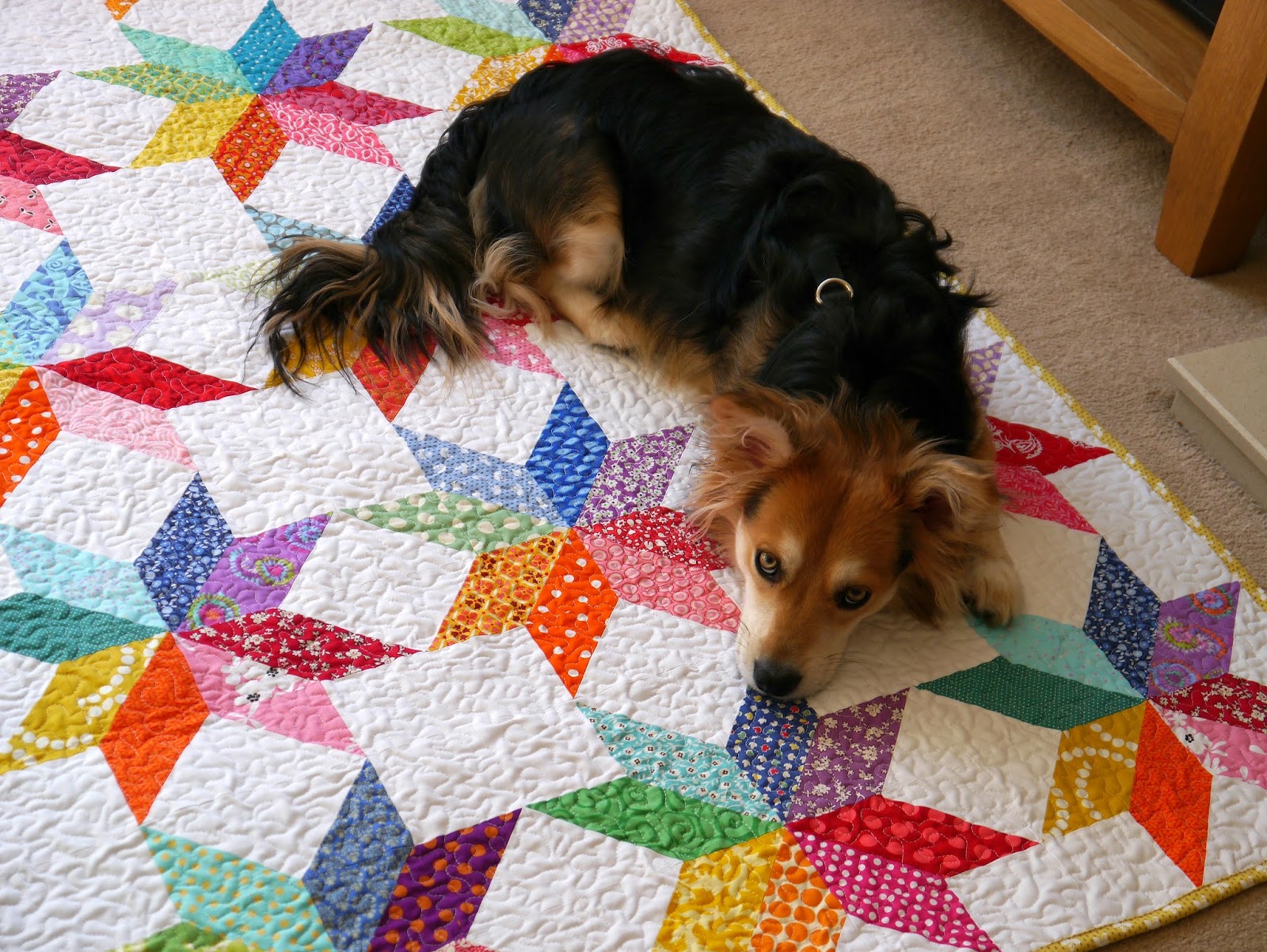 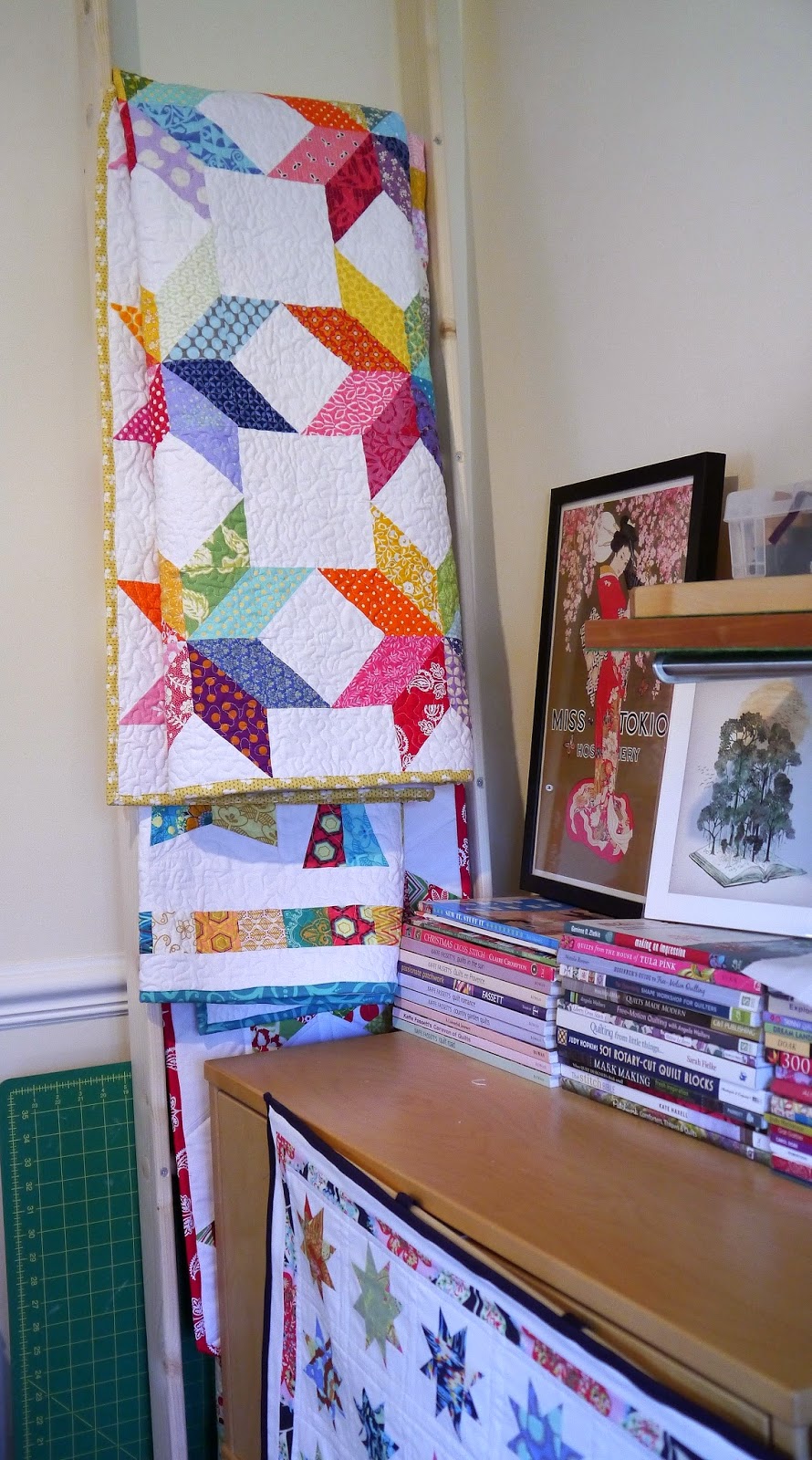 While I was finishing this one, my mind was already on to the next. When I've sewn these blocks together, I'm thinking of just quilting in the white areas. Not sure how successful I'll be, it could be an absolute disaster. 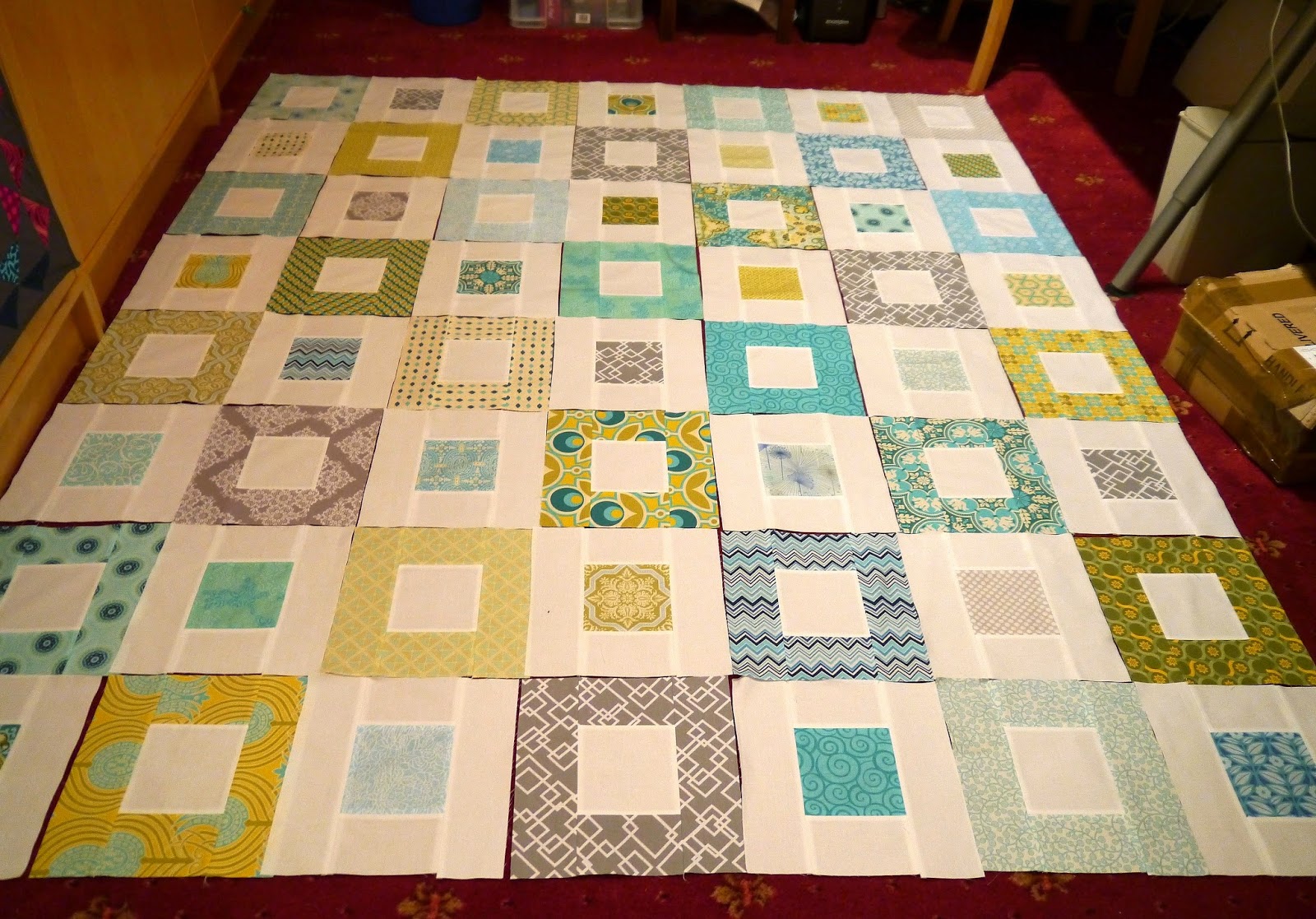 Any thoughts?
Right, it's a sunny blustery Sunday and I think a trip to the beach is in order!
Posted by Kim at 08:59