Where did December go - apart from on my waistline? 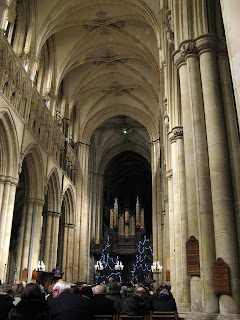 I took these two shots of Beverley Minster on the night of the Christmas Candlelit Concert (all the C's) and by the time we got in, I'd already had a rather generous sherry in the pub which immediately went to my head, and I seemed to spend an awful long time gazing at the ceiling, thinking what a pretty embroidery pattern it would make. See? 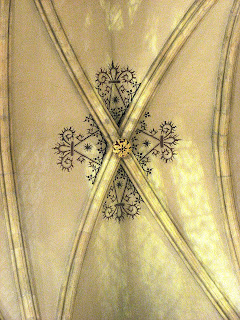 How did the December sewing frenzy go? Same here - and I only remembered to take a photograph of two out of the five projects I made. Drat. Mind you, how many oven pads can you look at before they all start to look the same? 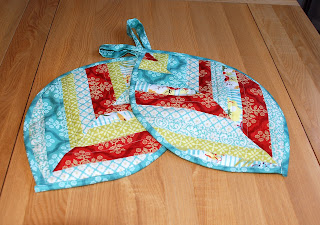 I will be more organised in 2013 - in fact I've decided that  I would like to have a craft stall at our local garden centre's Christmas Fair - so preparation for Christmas 2013 starts now! I know, bah humbug, blah blah blah.
I've also decided to try and be more organised ( for organised, read better) with my blog photography - light is always an issue here in the UK, but there MUST be some better way of shooting / editing then I am currently using. I will investigate.
I ALSO want to try and convert some of the old bag patterns I designed in to PDF form - haven't got a clue at the moment, but there must be a way, right? When I have, if anyone would like to be a pattern tester for me I would be eternally grateful.

Remember the bright fabric I said I was using next? Angst, this top is slightly brighter then I had imagined. It's finished now, and I am hoping that when I have quilted it, I'll fall in love....or something. It's just so different from my usual style! 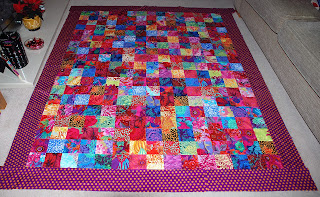