So, summer finally arrived in our little corner of Yorkshire. As the sun appeared in the sky, my desire to sit inside and sew did a vanishing act. Earlier in the year when we had the summer false start, we enthusiastically and somewhat naively invested in an out door couch for the decking - weeks and weeks went by when I would gaze at it through patio doors and a haze of falling rain.
Over the last few weeks we have practically lived and died out there, from breakfast to late evening with oil lamps and candles burning. Although we have power on the decking, and I must admit a couple of times I considered shifting my sewing machine out there - I finally decided against it and started to knit instead. 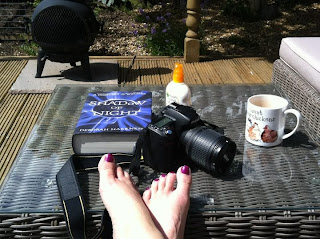 So, I've dipped in and out of sewing, but I really think that's the way it goes in summer. Hardcore quilting is definitely more of a winter sport! A few blocks for two single bed runners for my parents spare room, from a fabulous book that is rapidly becoming my favourite design tool - 501 rotary cut quilt blocks by Judy Hopkins. 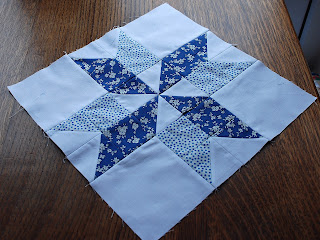 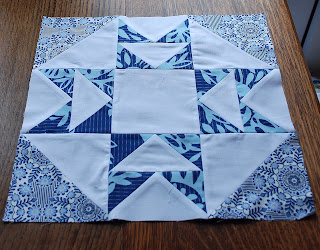 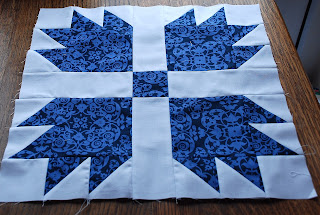 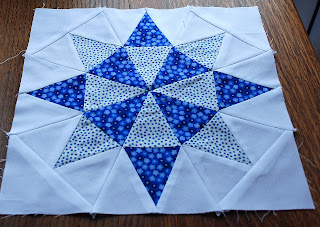 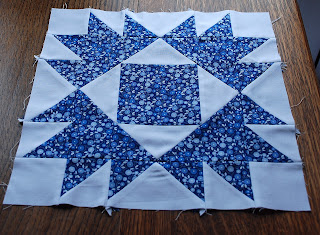 And, blocks for a Flea Market Fancy Quilt. I actually scratched this design out during the closing ceremony of the Olympics! 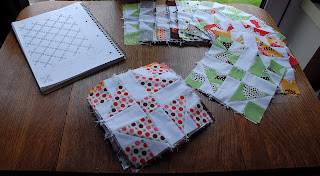 This quilt I finished just before my self imposed withdrawal from large projects, it is a Moda Bakeshop pattern and the fabric is Vintage Summer by Little Yellow Bicycle. The quilt itself is a gift for a very brave friend of mine who is having frankly horrendous treatment for cancer.

So that is the month that was! Now we're in the last two weeks of the school holidays, and we intend to make the most of it - outdoors.
Posted by Kim at 11:59